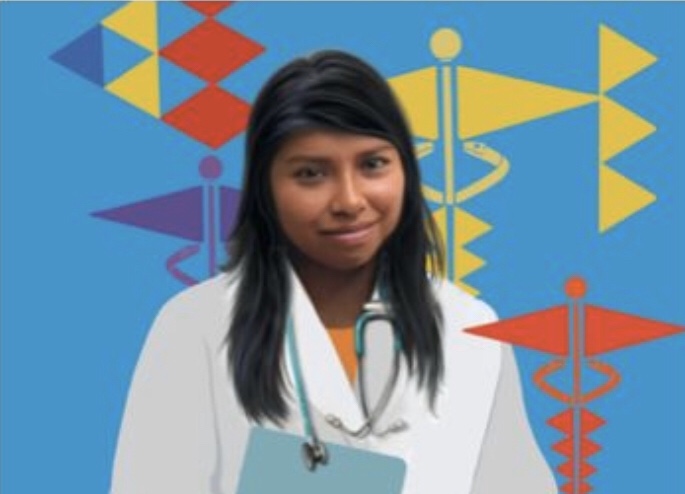 In my year of daily posting about Costa Rica (I’m nearly to the six-month mark!) I’ve often used Tuesdays to feature books, authors and bookstores. This month, in honor of International Women’s Day, I’ll focus all my Tuesdays on highlights from a single book: “Ticas sin Miedo” (“Fearless Ticas”), which I wrote about last week.

Today, meet Mirna Román Rodríguez, Costa Rica’s first Ngöbe doctor. Growing up in the small indigenous village of Altos de San Antonio near the Panamanian border, she says in “Ticas sin Medio” that somehow, “inside of me an idea was born. I thought: I have to study. I have to leave here. I have to show that an indigenous woman can do it.”

After graduating from a one-room elementary schoolhouse of only 10 students, she walked 15 kilometers along a lonely path to the nearest high school, a nearly three-hour journey each way. She would rise at 3 a.m. to get to school by 7. However, she says in the book that her cultural adaptation was much harder than the hours of walking: she suffered constant taunts and only made one friend, in tenth grade, whom she treasures to this day. She also had to significantly improve her Spanish, her second language.

University studies in San José and then Cuba followed, and she earned her medical degree in 2013. She hopes to become an OBGYN and, most importantly, serve the Ngöbe indigenous community.

“Doctor,” she says, “is a word that makes me feel complete.”

I’m a writer in San José, Costa Rica, on a year-long quest to share daily posts on inspiring people, places and ideas from my adopted home as a kind of tonic during a rough time in the world. Sign up (top right of this page) to receive a little dose of inspiration every weekday in your mailbox; tell a friend; check out past posts; and please connect with me on Instagram or Facebook! Each month in 2020 has a monthly theme, and March’s is women’s rights, so scroll back through the month to see posts highlighting extraordinary Costa Rican women and organizations working on their behalf.