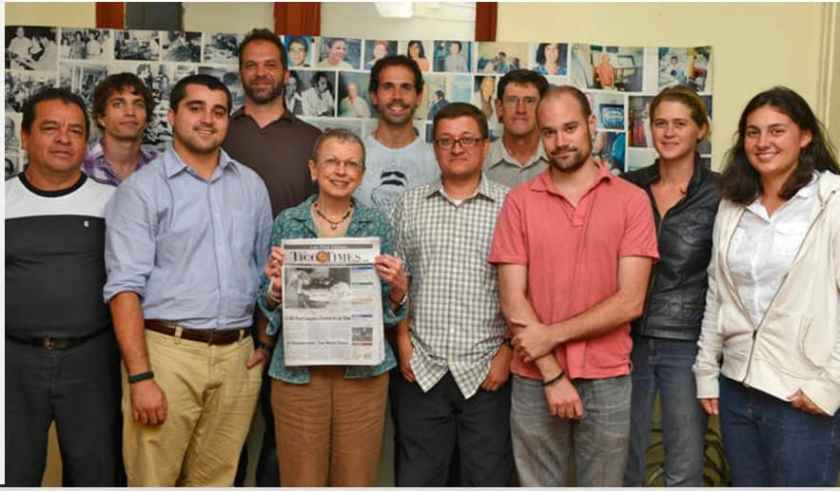 Isn’t strange how you can be thinking about someone for the length of their illness – gaining some perspective on the life lived, measuring the legacy with your hands – but the news of the death itself always comes as a bit of a shock? Surprising, abrupt? Shaking loose, in the hours and days that follow, a new set of reflections and realizations?

So it was, for me, with my former boss Dery Dyer, whose family created The Tico Times in 1956 and who led it herself for decades. We’d known she was ill for some time. Groups of former employees had sent messages to her husband, gathered to make an audio recording of favorite memories, sent in video greetings from around the world. I’d looked at those offerings and marveled at the depth of her impact, as well as the sheer quantity of marriages she had indirectly made possible by drawing together so many young journalists from around the world. (I spent only three years in her employ; two of my fellow reporters married each other, and three more met their spouses through the Tico. The number of children her newsroom indirectly brought about over six decades must be upwards of a hundred.)

But the news of her death broke open a new set of musings. By the time I arrived at the Tico as a reporter in 2004, she was still the owner and publisher of the paper her parents had founded, but was no longer involved in the day-to-day of the newsroom; it’s the reporters from previous decades who truly knew her and have the juicy stories and personal insights. However, I realized on Friday that her example had a profound effect on me nonetheless.

I also realized that her leadership as a female media company owner means something very different to me now – at 41, post-Weinstein, mid-Trump, ten days after launching my own media company – than it did to me in my mid-20s, when I worked for her.

I did so in the wooden house that The Tico Times called home at that time; it is now, to collective chagrin, a parking lot. The newsroom was on the second floor, filled with stacks of small manila notebooks, perpetually dusty. It had two rooms for the reporters joined by a bathroom, and space for the editors across the hall. Dery came in almost every day but didn’t need a lot of desk space, so she sat in a pleasant spot at the end of the hallway, near a window looking out onto Avenida 8. Near her desk was a little bed for Snuffy, the newsroom dog with an underbite that he occasionally sank into offending ankles (such as those of the U.N. Peace Ambassador when he visited the paper for an interview – but that’s another story).

Dery was practically nocturnal and would slip up the stairs at three or four pm. “Slip” is the definitive word to describe the movement of that small, slim figure with the pixie haircut. Always pleasant, always very quiet upon entry, but bringing with her a gravitas that was unmistakable. You’d look up and notice she had appeared at her desk, reading the papers or a letter, and the newsroom felt different somehow.

When our editor-in-chief went on maternity leave and I was asked to step into her shoes – I was 26, had lived in Costa Rica for less than a year, and was about nine months into my first year reporting job ever – I got to see how Dery gave her weekly feedback on the paper. On Mondays, when she arrived, she would sit down privately with the editor and go over the previous Friday’s print edition, her copy marked up in red. I was now the recipient of these weekly comments.

She brought that same lightness, that same calm gravitas, to these sessions. She also brought an eagle eye and uncompromising principles. “This was fantastic!” she would say of one page adorned with a single red exclamation point. “So was this! Just watch the translation of that acronym – see there?” She’d continue flipping, perched on the edge of the wooden seat: when she turned towards me and settled back, that’s when I knew that something was either particularly well done, or very wrong.  “Ah! Now this was bad. Reeeeally bad,” she’d say, and back she’d go in the chair. So would I, ready. She’d come down hard but so swiftly and crisply that I never felt demeaned. I’d always leave those meetings feeling smarter than I was when I went in – because I was.

I didn’t realize, back then, what a gift she had. Now, I see how her lack of ego, her quiet confidence, and her total focus on the task at hand made her criticism easy to absorb and impossible to ignore.

As everyone notes in any comment on Dery, she was famously resistant to technology and change. I wonder how many other editors in the entire world were still required to lay out a newspaper with a pencil and ruler in 2005. We reporters rotated coming into the office on Sundays to update our website with news stories for the following day; when we finished, we had to call Dery and read her the pieces over the phone. One afternoon, I was nearing the end of my recital into the silent receiver, reading off a boring AFP short I’d translated about the Central American presidents issuing a statement on some atrocity, when I said “The presidents condone…”

The phone sprang to life. “CONDEMN!” she said, waking me up. I’d lazily mistranslated the word, using its exact opposite. It’s neither my finest moment as a news translator nor a particularly interesting story, but to me it was very Dery: quiet, but paying close attention to every syllable. Amid the distractions and multitasking of 2020, it’s hard for me to imagine performing an oral edit of a whole daily news edition with any sort of precision.

If Dery had been less resistant to the writing on the wall for print media back then, maybe The Tico Times’ story might have turned out differently (and maybe not, given the fate of so many media organizations around the globe). But then she wouldn’t have been Dery. We would come in after New Year’s to find extra layers of sediment on our desks and keyboards because she had smudged the office; she once had reporters pass around a conch shell in a mediation session to resolve conflict; when we redesigned the paper, which I think somehow coincided with my period filling in as editor, I got to know her meticulous nature as she pushed back on each change until it felt right.

We got frustrated sometimes as journalists in our 20s. At 41, I look back and see a woman running her own company – in a country, and an industry, led by men – exactly the way she wanted to. With a light hand but scrupulous attention. With a quiet presence and deep authority.

I think of her, sitting in that hallway, her young newsroom just a few feet behind her. I could see her straight back from where I sat. She could hear us: weary in the late afternoon, punchy as our print deadline approached on a Thursday, working and joking and braying and forming friendships that would last for the rest of our lives. She heard our varying accents and proficiency, our blunders as we interviewed leaders over the phone, our goofy comments to each other. She could have swiveled in her chair a hundred times an hour to correct us, but she didn’t. Like all the best leaders I have known, and the best parents, too, she understood that her job was to guide us just enough so we didn’t fall off a cliff. By holding back, she protected our exhilaration and our sense of autonomy. That’s how she made sure we followed in her footsteps by falling in love with journalism for life.

She taught me a lesson I didn’t articulate until the moment that news came on Friday: that the most powerful leadership comes from a deep love of the work itself. For Dery, that work was print journalism, and her love for it was bottomless. When that is what drives you, ego and bravado fall away. When that is the well you’re drawing from, your title, your salary, even your individual accomplishments are just not as important as your bigger purpose.

And ironically, when you go, the legacy you leave behind will be all the greater.

I run the virtual volunteer community Costa Rica Corps and am the co-founder, with fellow Tico Times alumna Mónica Quesada, of the new, bilingual media organization El Colectivo 506. I also work as a freelance grantwriter, fundraiser, and communications coach, and write essays, articles and books. I live in San José with my husband and daughter. 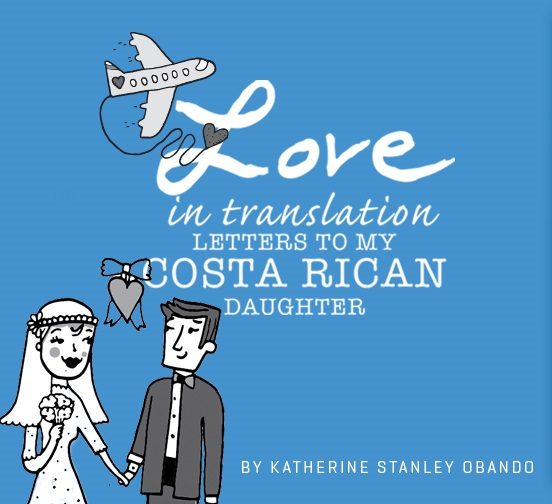 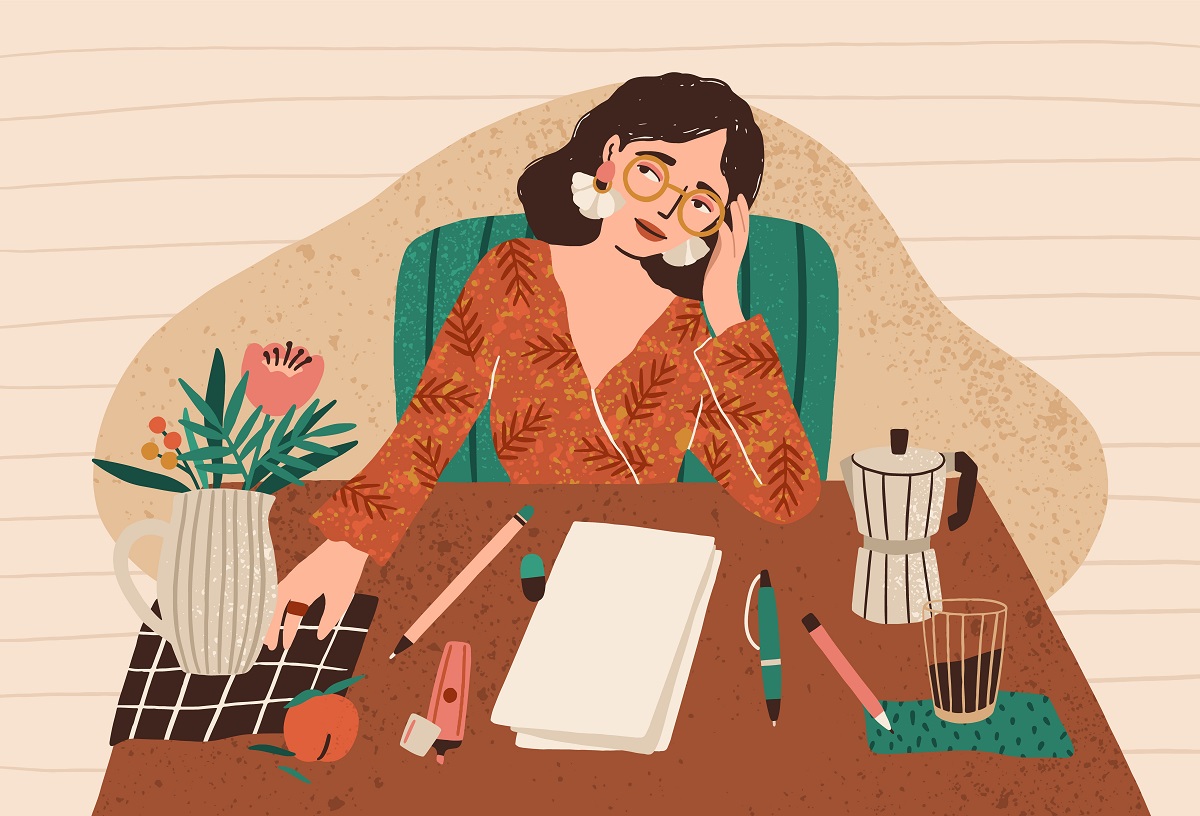