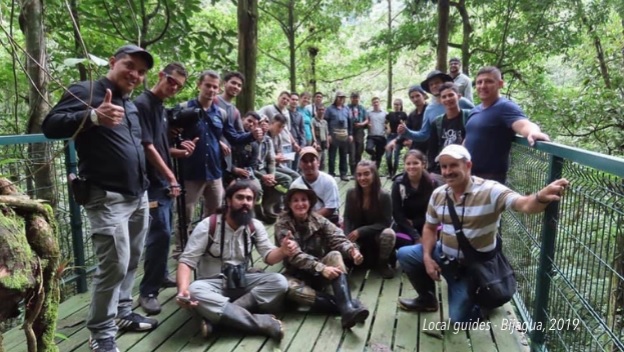 What would the future look like if all of our cities and towns used the global pandemic as a chance to pull together? How would the world change if we truly understood that we’ll all succeed, or we’ll all fail?

The community of Bijagua, Costa Rica, is showing us part of the answer. Its families have spent decades building an ecotourism industry that protects rainforest and wildlife in a critical biological corridor. Their latest effort, a new fundraising campaign, seeks to help those families keep food on their tables during the worst crisis Costa Rica’s tourism industry has ever faced. And it’s pursuing that goal with a relentless fairness, making sure each community member has a chance to chip in with whatever skills or resources they’ve got.

“The thing is, this crisis is like a river,” rural tourism entrepreneur Donald Varela told me a few months back. “Everyone in this town is standing on one side of it. And if we’re going to get to the other side, we’re going to have to cross that river together.”

As an old friend of Donald’s and his family’s, and in my role as an impromptu emergency fundraiser during the pandemic, I’d been proposing that Donald get some support for his extraordinary rainforest conservation project, Tapir Valley. His response, in effect, was: “Not without my whole community.” As president of the Río Celeste Chamber of Tourism (CATURI), he wanted to make sure that any emergency fundraising in Bijagua was shared equally, across the board.

This was, of course, the right approach. But given the intense strain every single rural entrepreneur has been under in Costa Rica since the total suspension of its tourism industry in March, I find that kind of solidarity rather breathtaking. “Solidario” is an essential adjective in Costa Rica, and one without an exact English translation; maybe there’s a reason for that. At any rate, it’s the adjective that describes every aspect of the campaign that the community launched this past week through the U.S. nonprofit Amigos of Costa Rica: Río Celeste Forest Stewards.

CATURI’s board and affiliates worked carefully for months to come up with a campaign that would benefit as many community members as possible. You might be familiar with the concept of payments for environmental services, where, for example, landowners who protect forest are paid by the acre. CATURI sought to do something similar in terms of rewarding local families for forest conservation, but without excluding anyone – without leaving anyone behind on the side of that river.

Large landowners receive the same amount as a family protecting a few acres of forest. That family receives the same support as a naturalist guide who’s helping monitor species (and essential activity to help sound early alarms on poaching or logging). If you don’t own any forest, and can’t do species monitoring, you can receive support for working to create a tribute to conservation at the heart of town. They’ve made sure there’s something for everyone.

To provide all this urgently needed support, they’re asking for U.S. tax-deductible donations on the Amigos of Costa Rica site. This support will keep a town afloat. It will send them a message that their hard work and sacrifices – their choice to protect their forests rather than turning a profit through logging, hunting or development – have been worth it. And it will help them continue to protect their ecosystems until the rest of us can visit them in person to enjoy them once more.

Throughout this terrible year, we’ve witnessed terrible acts of selfishness, recklessness, hatred, and divison. If we’re lucky, we have witnessed extraordinary acts of selflessness and teamwork. To me, the Río Celeste community’s approach to emergency fundraising is right at the top of that list. Despite each family’s individual suffering, they’ve kept their eye on the big picture. They’ve remembered that they must all cross this river together. That’s not just smart, and right, and realistic. It’s also the foundation for a whole new world, don’t you think?

I run the virtual volunteer community Costa Rica Corps and am the co-founder of the new, bilingual media organization El Colectivo 506. I also work as a freelance grantwriter, fundraiser, and communications coach, and write essays, articles and books. I live in San José with my husband and daughter. Sign up at top right to receive an essay in your inbox each Sunday morning: a chance to dominguear together (a lovely word that literally means, “to Sunday,” and describes a leisurely trip or ramble). We’ll explore a project, changemaker, community, or idea I’ve come across, or just watch the world go by. See you next Sunday!